Taiwan’s National Space Organization and National Chung Hshing University collaborated in the Japan-led "Asia Herb in Space, AHiS" project to provide the learning opportunity in agriculture and space science for students from elementary school to high school. Four species of seeds include endemic Formosa lambsquarters and butterfly orchid (Phalaenopsis equestris), important crops such as sweet pepper and sunflower had gone through 7 months of space travel. They arrived on Earth on July 10 and were shipped to National Chung Hsing University (NCHU) on September 16. The seeds were jointly unboxed by President Fuh-Sheng Shieu, NCHU and Tsung-Hsin Wu, Director of National Space Organization of National Applied Research Laboratories. The seeds are expected to be sent to the schools participating in the research before the end of September.

The seeds selected by College of Agriculture and Natural Resources NCHU and Taiwan Agricultural Research Institute (TARI) of Council of Agriculture, along with a total of 14 species of seeds from 7 countries, were transported to the International Space Station on December 7, 2020 and stored in the Kibo capsule. After staying in space for 7 months, these seeds returned to Earth on July 10, were delivered to JAXA, Japan on July 31, and sent from Japan on September 10. The seeds were sent to National Chung Hsing University on September 16 after custom and quarantine inspections.

In order to welcome the return of Taiwan space traveled seeds, College of Agriculture and Natural Resources NCHU held the on-line "Taiwan Seed Space Travel Program Promotion Education Camp" on August 31 for the elementary, middle, and high school students. Trainings on the growth characteristics of these plants and how to cultivate, manage these seeds and conduct the character surveys were provided by Professor Ching-Ying Yang from the Department of Agronomy, Professor Yu Sung and Assistant Professor Yen-Ming Chen from the Department of Horticulture, and Assistant Researcher Chao-Yueh Wang from the Biotechnology Section, Taiwan Agricultural Research Institute, Council of Agriculture. Each team will produce their unique science projects in the near future. Exchanges and sharing of their learning experience with the international community will be held with an exhibition in early 2022.

The "Asia Herb in Space, AHiS" has been arranged to promoting space science and education. It is hoped that the "future seeds of space" can be successfully cultivated among the future generation. Students in Taiwan have shown their enthusiastic ideas about agriculture in space through this project. The opportunity to come into contact with space science and to inspire their dreams of space is to be seen in the future. Moreover, Taiwan’s international visibility in the field of space can be increased through international exchanges and sharing of scientific reports by Taiwanese students. 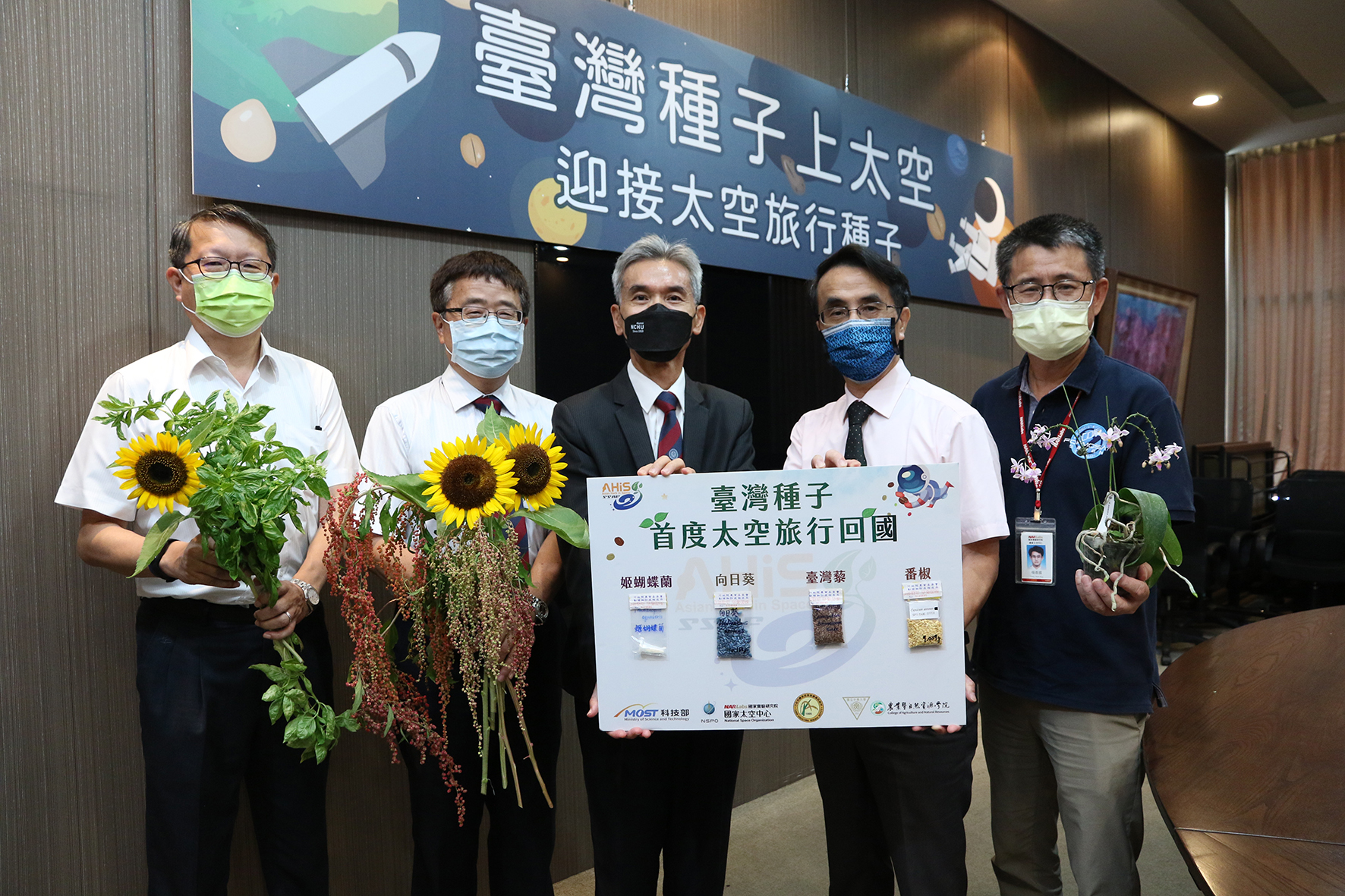 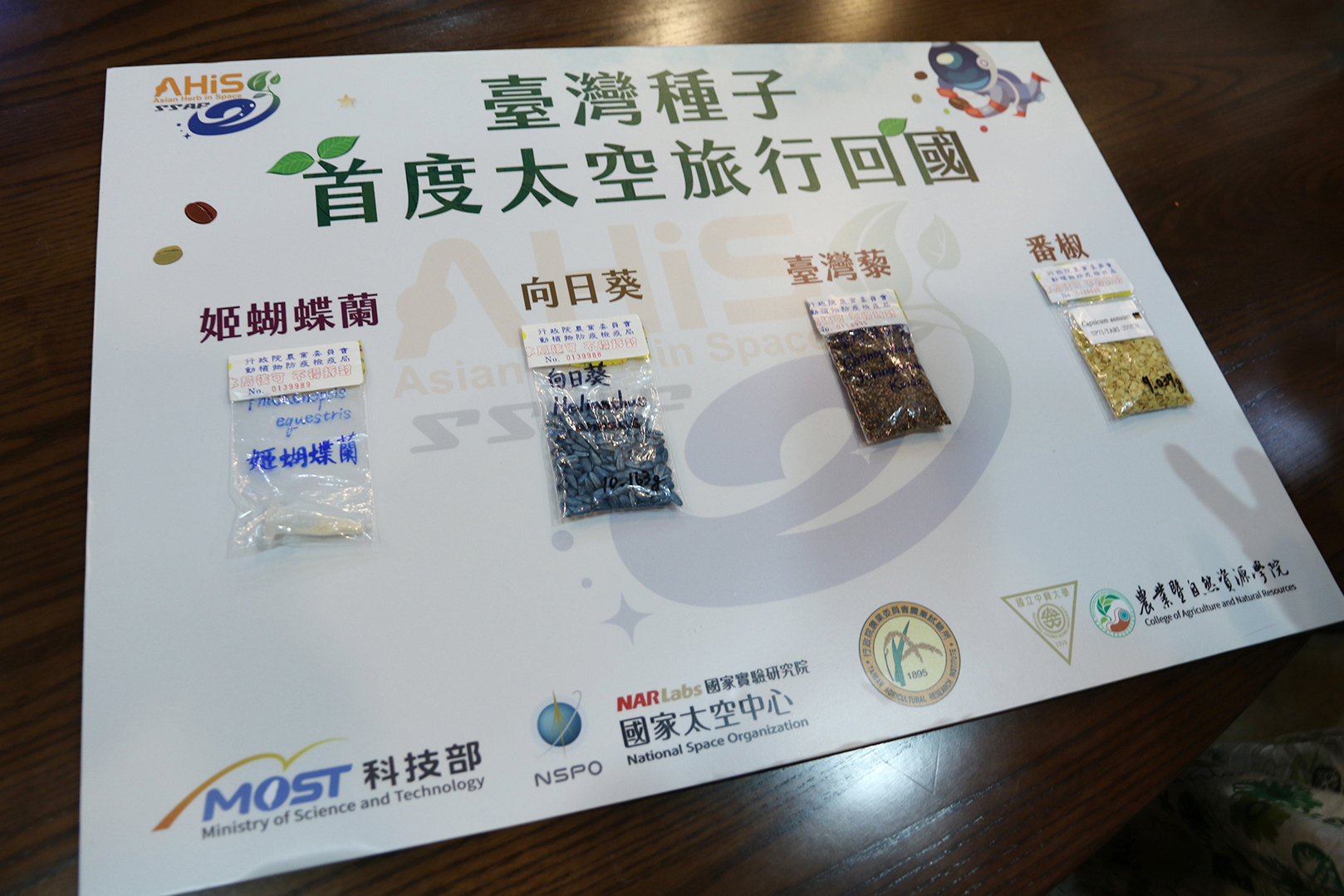 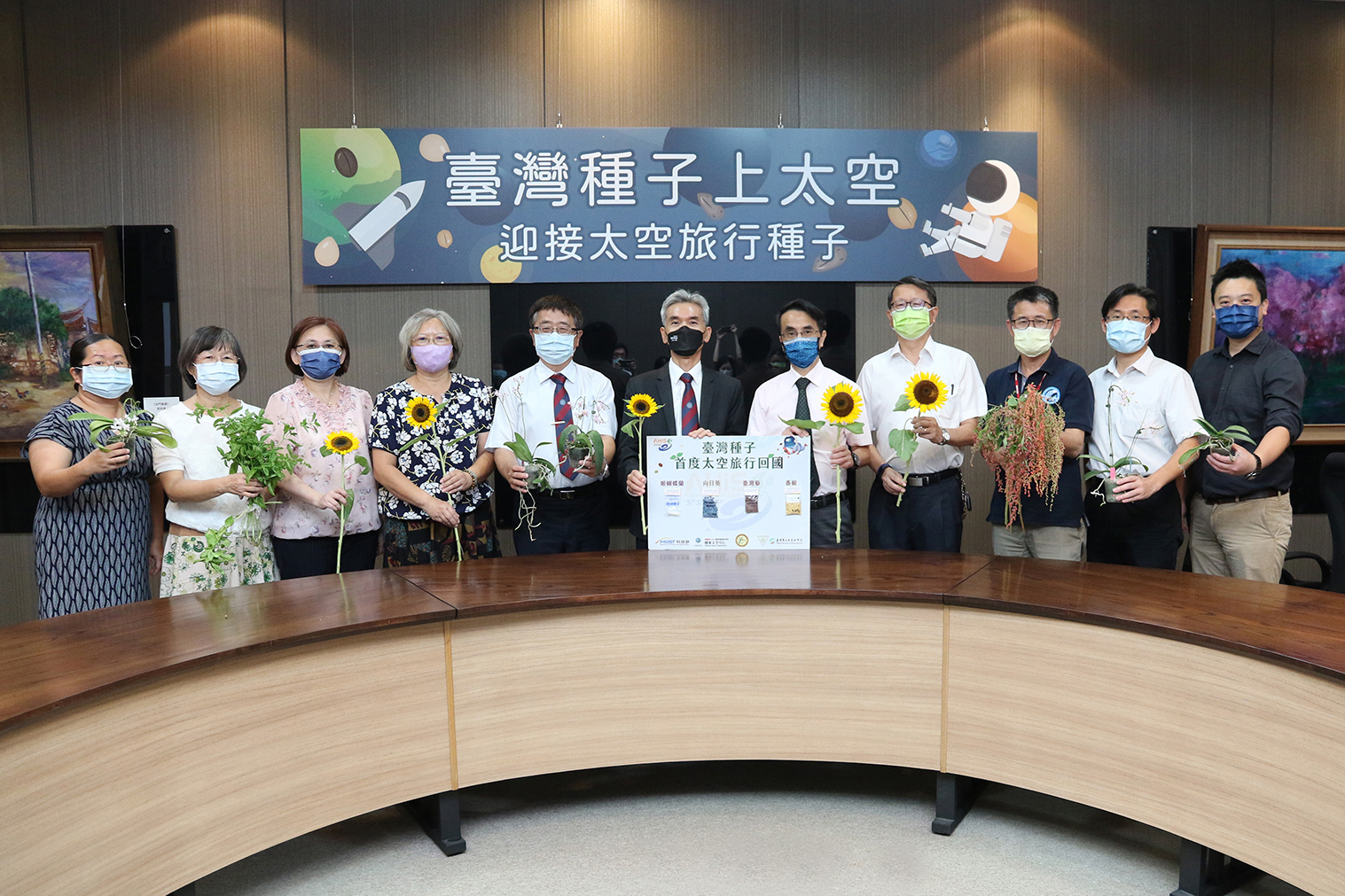